Gee’s Other Girl – By Cheri Curtis-Oldham

Gee’s Other Girl – By Cheri Curtis-Oldham

https://cribsforkids.org/wp-content/uploads/Untitled-design-40.png 820 312 Cribs for Kids Cribs for Kids https://cribsforkids.org/wp-content/uploads/Untitled-design-40.png February 7, 2020 February 7, 2020
This story was submitted to us by Cheri Curtis-Oldham. Cheri lost her granddaughter, Alice Sophia, to Sudden Unexpected Infant Death (SUID) in 2016. We are incredibly grateful that Cheri is sharing her story.

As grandparents, there are things we can relate to. Everyone can recall receiving the news that our names would change from “Mom” to Grandma, Granny, Mimi, Gigi or whatever title was bestowed upon us. Mine is Gee. One of the quirks we as grandparents love to do is share little anecdotes about what’s been said by our funny minis’, or share adorable pictures of these little creatures that steal our hearts. We compare how many we have – if we have all boy or all girls or a conglomerate of boy/girls; the excitement of the first boy/girl, who will be named for whom and carry on family names. All the excitement and anticipation of witnessing our heritage continue through these tiny people God graces within our lives, they are our lineage. They will carry on long beyond our years. Or that is how it’s supposed to be, that’s what we all envision from the moment they enter our lives. That’s what I did, anyway. From that first breath, my mind’s calculator instantly powered on and I was doing math, curious to learn how many generations I could realistically witness.

How was I to know that just a few short years after first becoming a Gee I would stumble in conversation when asked how many grandchildren I have- I have 10 total, my son has 5 boys and my daughter has 3 boys and a girl. But right here- today, I would like to speak about Gee’s other girl, my granddaughter. 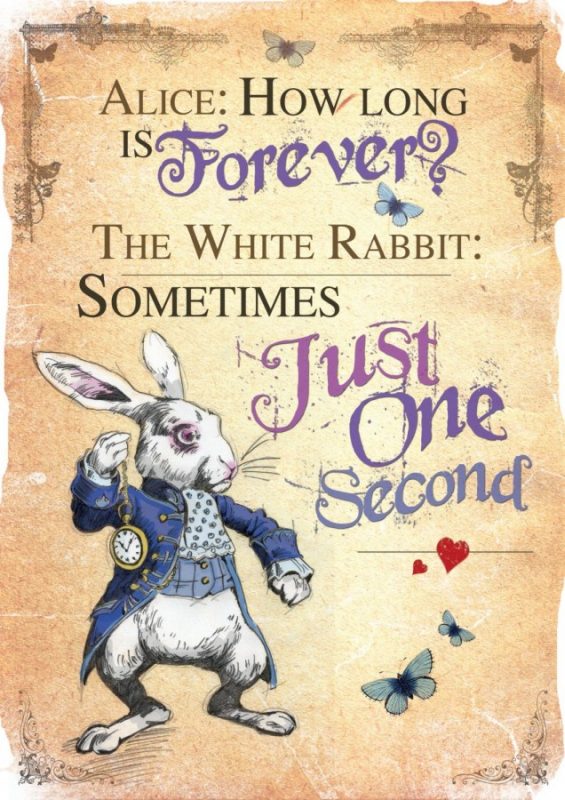 In the fall of 2015, I was expecting grandchildren  #5 and #6. Full of giddiness I delighted that once again my grandchildren were arriving in tandem. As much as I “complained about it”  I was tickled to pieces. Just when I thought I couldn’t be any more ecstatic I received a picture text from my son of two babies.  Twin A and Twin B. My heart burst with pride! Our family had no history of twins, what a double blessing! 2016 would bring to our family 3 new additions-by my daughter, another boy and by my son, one of each, a boy AND a girl!
On February 16th Linus and Alice Sophia arrived and despite being 4 weeks early both were healthy and home within 3 weeks. I hadn’t been able to hold them as they were closely monitored in the NICU. Therefore the next milestone I  anxiously awaited was the first time I could. As grandparents, we bond over the countless conversations of “what comes next”. For me what came next put a halt to the chatter of typical milestone sharing amongst my peers. Without warning, on a typical Thursday, St. Patrick’s day 2016, life as I knew it changed. I received a call – THE call that we never expect, that happens to other people, that call you read about in magazines or see on talk shows.
“Mom, she’s gone”
My son had gotten up in the middle of the night to feed Alice Sophia a bottle while cuddling her on the couch then they both fell asleep. That’s how an innocent midnight feeding becomes an unintentional co-sleeping “misfortunate accident” as the investigators termed it. At that moment all the statistics meant nothing because CPR couldn’t resuscitate her, the EMT’s couldn’t revive her and all the begging, pleading and bargaining of “This happens to other people, on the news, not us” wouldn’t make the loss of Alice Sophia untrue.

I know all the statistics that warn of the danger of co-sleeping as I am certain many others do. I found early on in sharing our family’s experience I was met with one of two responses; We’ve all done it at one time or another or an assumption that the incident was criminal and had malicious intent. I know there’s a message to all caregivers to not co-sleep in the “ABC’s alone, back, crib” and It angers me and quite literally scares me for the ones that still adamantly defend their right to intentionally co-sleep.
As a Gee, I know how to share all the joys, stories and pictures of a new arrival but there’s no guide book on sharing the loss of one. I refuse to believe that another family will have to experience this loss to take the warning seriously and I have been stunned with the way some people vehemently defend their right to co-sleep. I’ve seen posts on Facebook of an overly exhausted mother who falls asleep on an overstuffed recliner, couch or love seat captioned ” My heart is so full” or whatever cutesy nonsense. I get the sentiment but the images also remain of how the light left my son’s eyes when he lost his only daughter. Instantly an old film replays in my mind of how the media in our small town dubbed Alice Sophia’s death an “accident pending autopsy results”. What the media never did was clear the suspicion for the publics’ mind when those results come back substantiating that it was an accident. Public shame and doubt were cast but it never followed up with an update publicly clearing my son’s name or character. I don’t know if he even realizes how many times going about my daily life- stopping at the gas station or grocery shopping that  I had to defend him.
Grief is an individualized journey and I’ve learned that few people can handle the raw, honest emotions that accompany a baby’s death. The loss of a grandchild is complex in that you feel double grief. It’s out of order, you never imagine losing YOUR child and you most certainly have never imagined your child losing theirs. As parents, we are wired to “fix boo-boos” and this type of pain is beyond our control. This is an injury to your child that is beyond a mother’s remedy and out of the realm of understanding. Personally, I grieve all the hopes and dreams I had for Alice Sophia as well as the entire life her twin brother has to spend without her. But in addition, I grieve the son I had before he lost his only daughter, for he will never be the same. 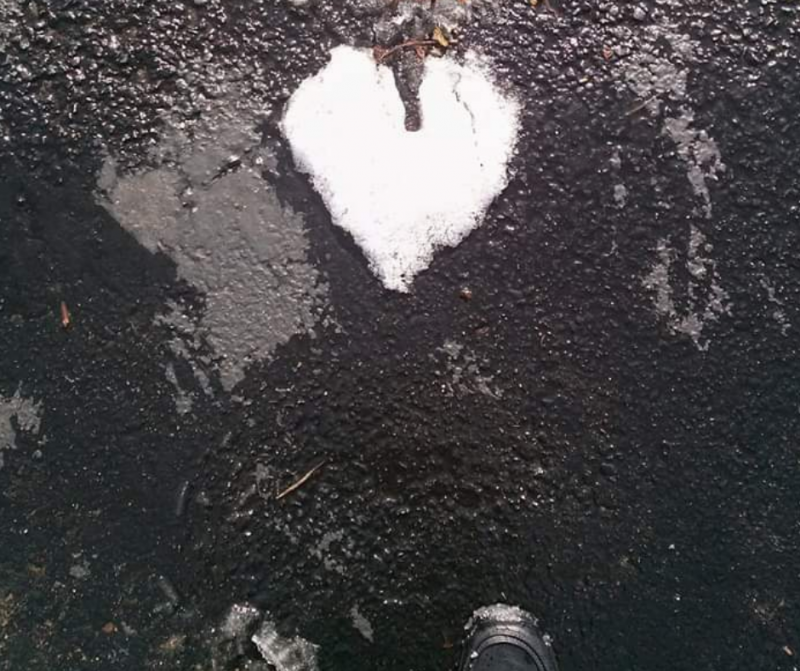 Cheri snaps photos of moments she feels she has “found” Alice Sophia. In these moments, Alice Sophia is with her.

As I have stumbled through grief’s unfamiliar territory I’ve found no audience that can handle the emotions that I experience aside from bereaved parents/grandparents. I lived in a little town in Kentucky for 24 years and in my attempt to go back to work and live my day to day life it was interrupted constantly. I would see someone I knew and out of not knowing what to say they would say the most ridiculous thing that would set me back. For example “When does your son get out of jail?” My son didn’t go to jail and this wasn’t a criminal situation, it was an unintentional co-sleeping accident. Co-sleeping in itself isn’t generally termed criminal even with the intent to do so. I would spend time trying to explain a situation that quite literally was no one’s business. Since it was reported on the news and in the paper I suppose it was assumed that it was a public right to know details. For me, in order to sort those emotions and move through them, I found I couldn’t do that in my hometown. Even work was a minefield of conversations and conflict. Ultimately I moved two hours away to be near my daughter and her set of my grandchildren.
In Kentucky, I had found a compassionate therapist which provided me a safe place to unravel what was happening in my mind and heart. One of the first things I did when I moved to Tennessee is set out to find another that would allow me to process the immense loss and continue to move through my grief. The first thing this woman said  when she sat down was “I read here that your son smothered your granddaughter to death.” That one statement stole my voice and my eyes instantly leaked. All I could do is shake my head no. It was as if she had backhanded me and from that moment forward  I decided to maneuver through these emotions with the grace of God, alone. 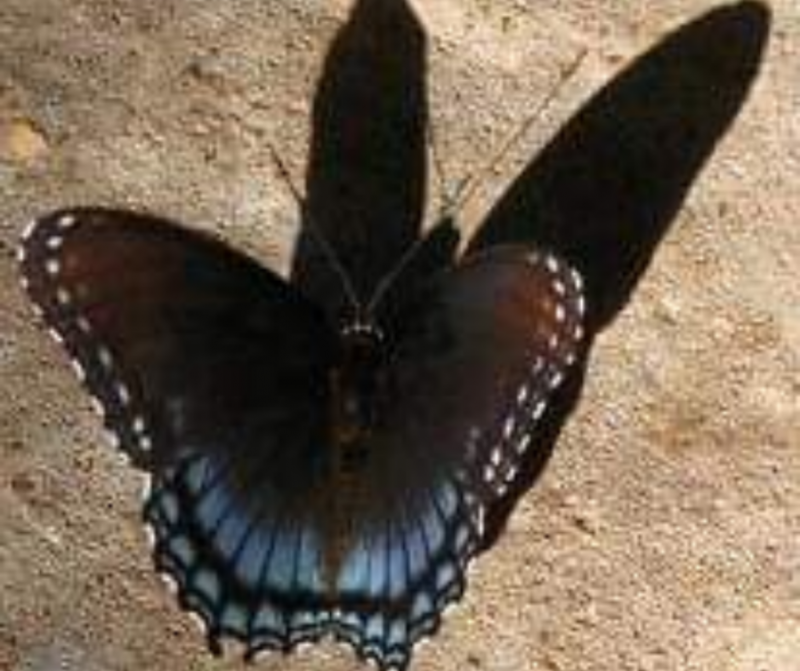 And another beautiful Alice Sophia moment.

I spend most of my spare time with my remaining grandchildren and  I paint. I never previously painted but after the loss of Alice Sophia, a friend asked me to paint something. Looking back it was an odd request- I assume that she was guiding me towards something that would channel these emotions that I still have no words for. My art speaks for me when I can’t. I’m not constantly sad when I think of our sweet Alice Sophia. But when I am I convey through my brush what words can’t. In addition to the countless projects I have completed over the past four years,  I’ve also painted a picture every year since in honor of her. I have accepted that I’ll never move past this grief, I’ll absorb it into the tapestry of my soul. But it’s possible to move through emotions. I compartmentalize those first few days after she went to heaven. Occasionally while painting, I will mentally go through those drawers and let a memory run through. Most of the time I still don’t know what to do with these emotions. But I can’t deny their existence. Perhaps someday I’ll slide one on and in that future moment I can reach a higher understanding of the purpose of the pain.
This much I’ve figured out and let me leave you with this; not all situations of pain or loss or grief are meant to be understood on this side of heaven. With that being shared please don’t take comfort that on the other side of heaven we will be gifted those answers either. You see, we have a Master who most definitely has a plan. And in his infinite wisdom, who are we to question him? 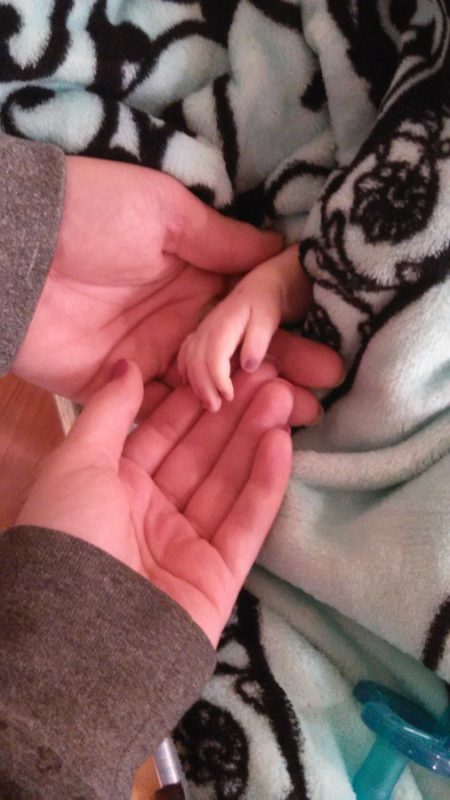 Login to Cribs for Kids
Reset Password
Enter the username or e-mail you used in your profile. A password reset link will be sent to you by email.
Already have an account? Login